Have You Noticed the Tweets in Your Google Mobile Searches? 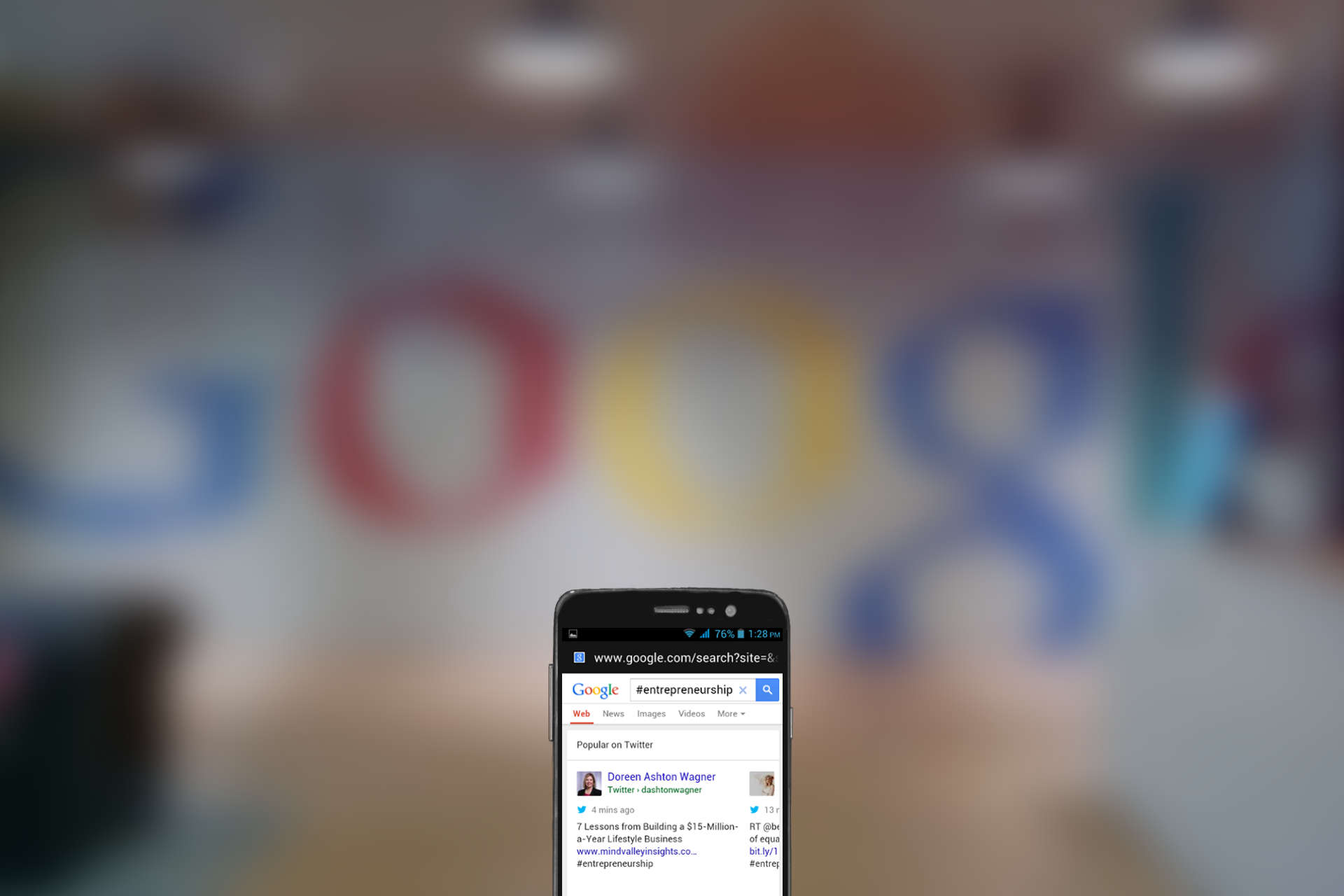 Your web searches on Google are more contemporaneously relevant thanks to a new arrangement between Google and Twitter that provides you with better search results.

If you grab your mobile phone and do a quick Google search, you might notice your results include a horizontally-displayed feed of tweets related to that search.

What’s that all about?

Let’s jump back to the origin of this new search feature—which Google recently brought back to life.

Back in December 2009, Google announced the provision of real-time information in its search results. In a follow-up post, the company discussed more specifically how its Google Search Appliance (GSA) feature would display real-time feeds from Twitter.

Well, that did not last, because Google eventually stopped displaying tweets in its results.

Now, however, the tweets are back!

A few months ago, it was reported that Google and Twitter were planning to join forces to pull real-time tweets (through a “firehose” connection) into Google searches.

On May 19, 2015, Twitter officially announced on its blog that it teamed up with Google to serve relevant tweets to web users who conduct searches in English over mobile (iOS and Android) devices. On the same day, Google published a post on its blog indicating that tweets were actively being shown in the Google App.

Tweets are shown with accompanying images in a carousel feature that is usually positioned at the top of your page results. Sometimes, however, the carousel is shown below the fold of the page.

It should be noted that while Google searchers cannot currently see tweet-integrated search results on their PCs, the functionality will be on desktops soon.

But it’s quite awesome that we can currently find relevant tweets by searching for popular people and trending topics on our mobile phones.

“if you’re interested in hearing more from Taylor Swift, a quick search on Google will pull up her most recent Tweets. Or, if you’re a TV buff, a search for #MadMen will bring up the most relevant news and Tweets about Sunday’s series finale.”

As per Twitter’s example, you’ll find related tweets about a popular person without searching with a hashtag—and using a hashtag you can retrieve results on trending topics.

In Google’s May 19th blog post, the company used the Taylor Swift and Mad Men examples, but also the example that searchers could find tweets from NASA (@NASA) by querying “NASA Twitter.”

With that said, it seems that you can search for tweets at least in 3 key ways:

So, I thought I’d try a few searches.

When I searched for “#Entrepreneurship” on my Android-powered mobile phone, Google displayed a carousel of related tweets.

And, by the way, subsequent searches for the same keyword showed a new set of related tweets, because, of course, the tweets are displayed in real time. If you look at the screenshot (right), you’ll notice that the first tweet in the carousel was, at the time, tweeted 46 seconds ago.

Given that Suavington.com is a lifestyle blog, I searched for the keyword “#lifestyle” which also produced a carousel of related tweets.

Although, as completely expected, tweets did not show up for the narrow keyword combination “lifestyle blog.”

The tweets carousel also displayed for keywords such as #style, #fashion, #fitness, #grooming, and #technology.

Consequently, the searches for trending topics can be quite broad.

Anyway, given the “real-time” nature of the feed of tweets, I wondered about the extent to which searchers would be shown tweets relating to a popular upcoming event.

Specifically, I was curious whether, for example, I could search Google and find tweets relating to an event I was planning to attend the other day in Washington, DC.

I searched that hashtag phrase, but Google did not display any tweets. That’s presumably due to its specificity. [Incidentally, I enjoyed that event, and wrote about it here].

Let’s get back to searching for notable people.

Of course, you’ll find a carousel of tweets for very popular singing sensations like Taylor Swift or Teyana Taylor without using a hashtag.

However, in terms of searching for people, it is not clear how popular or trending the celebrity has to be for tweets to show up in your Google search results.

For example, I would have thought that I’d see a tweets carousel for internationally-known model Liya Kebede, but a feed did not show up. We’re talking about a true supermodel.  Liyah has graced the cover of Vogue a few times, and she’s considered one of the top models in the world.

Interestingly enough, my mobile search in Google for “Rihanna” and “#Rihanna” did not pull up a tweets carousel for the mega superstar. However, the search results did contain a link to a Twitter profile page for Rihanna.

I should note that I conducted searches using the actual Google App as well as my mobile phone’s regular web browser.  Perhaps others will experience different results and/or changes from Google are forthcoming.

It will be interesting to see how the roll-out of this feature goes, and whether it will be updated or enhanced. It would be great to somehow retrieve tweets from keyword combinations. It would also be cool to be able to filter results in the carousel.

But I must say that I like the integrated-tweets feature a lot.

The addition of real-time tweets from Twitter into Google search results is a great idea, because it provides searchers with a quick and convenient mechanism for gauging what’s trending.

I think it’s a brilliant move by Google and Twitter.