The universe is incomprehensible. However, I still spend a lot of time pondering our place in it.

I have struggled to wrap my mind around the sheer vastness of deep space. The distances from Earth to the other planets in our solar system is staggering. It is mind boggling to think about the distances of the outer planets given that there may be billions of galaxies.

Recently, I have been thinking more deeply about how inhospitable it is in outer space. More specifically, how so many planets are hellish realms with extreme temperatures, violent storms, and toxic atmospheres.

That led me to think further about space exploration and what inhabiting a celestial body would entail.

We would have to find a planet or moon that has atmospheric and other conditions that are similar to Earth’s, or terraform the heck out of a celestial body.

Terraforming requires the monumental task of changing the environment of a celestial body so that we can survive on it. The process has been talked about by many people for quite some time, and it does seem plausible.

However, I imagine that terraforming requires an enormous amount of energy, machinery, resources, and luck.

It makes a lot of sense in theory, but pulling it off would require an astronomical (pun intended) level of effort.

Well, there are a couple of ways that humans could modify and colonize celestial bodies.

First, future humans could have bodies engineered to thrive on a wide array of otherwise inhospitable celestial bodies so that either terraforming is not required or so the beings could endure extreme conditions while they modify a celestial body for optimal living.

Second, future humans could send intelligent robots into space to terraform a celestial body and build a city that humans can subsequently inhabit.

This theory requires a really healthy dose of imagination and contemplates humans of the future being able to use science and technology to redevelop their physical bodies to include organic and inorganic properties.

In essence, future humans could be able to turn themselves into highly advanced cybernetic organisms (“cyborgs”).

I envision these super advanced organisms, which are comprised of machinery and computers, as being super durable, impervious to disease, having a lifespan measured in centuries, and being essentially omniscient. The cyborgs would not need to haul or cultivate food in space, would not be dependent on breathing oxygen, could hibernate on long space voyages, and could withstand extreme temperatures and other harsh conditions in space.

Moreover, these future beings could also contain some of the most resilient traits of other life forms on Earth. Our planet contains life forms that thrive under extreme environments such as Antarctica, Death Valley, and in thermal vents. Earth has life forms that hibernate, change their appearance, live for long periods of time without consuming food and water, regenerate their limbs and other body parts, and obtain their energy from the sun. Furthermore, there are creatures that have exceptional strength, speed, agility, senses, insulation, and defense mechanisms.

Future humans may be able to use our mastery of genetics, nanotechnology, neuroscience, robotics, quantum computing, and other fields to harness many of the amazing capabilities found in the kingdoms of life on Earth and to synthetically enhance the brains and bodies of future beings in ways that we cannot currently comprehend.

We could use artificial intelligence, robotics, and other technologies to develop highly intelligent robots that are capable of living and working on a planet or moon.

Like the imaginary cyborgs discussed above, the robots could endure harsh weather, and could be exceptionally durable and strong. The robots could withstand long space voyages, would not be dependent on breathing oxygen, and could be capable of self-repair. In addition, to operating the machinery and technology that terafforms the planet, the robots could build a city that’s ready for habitation by humans.

Now, do not take all of this too seriously.

The thoughts expressed herein serve as a creative introduction to my latest piece of art.

This artwork is of a fictional tribe of advanced beings who have colonized a distant moon.

In my mind, these cybernetic organisms are remarkably different, but they contain the same magical spark that exists in the present human race. 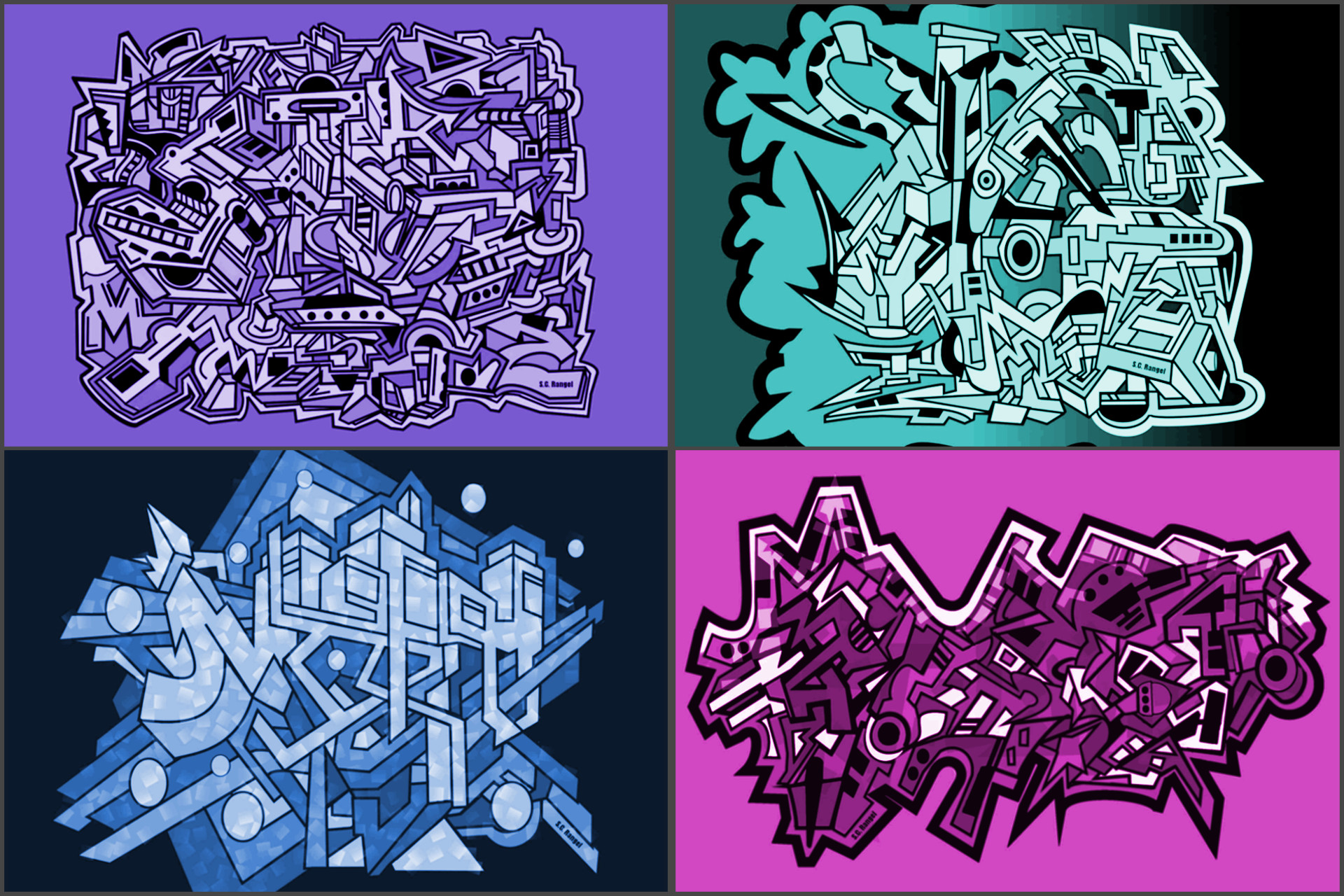 Endeavoring to be More Artistically Expressive
Merriam-Webster contains simple and full definitions for words in its online dictionary. The dictionary’s simple definition of an artist is “a person who creates art.” ...
This site uses affiliate links. If you click such a link and make a purchase, Suavington may be paid a commission.