The Primal Power of Flowering Plants 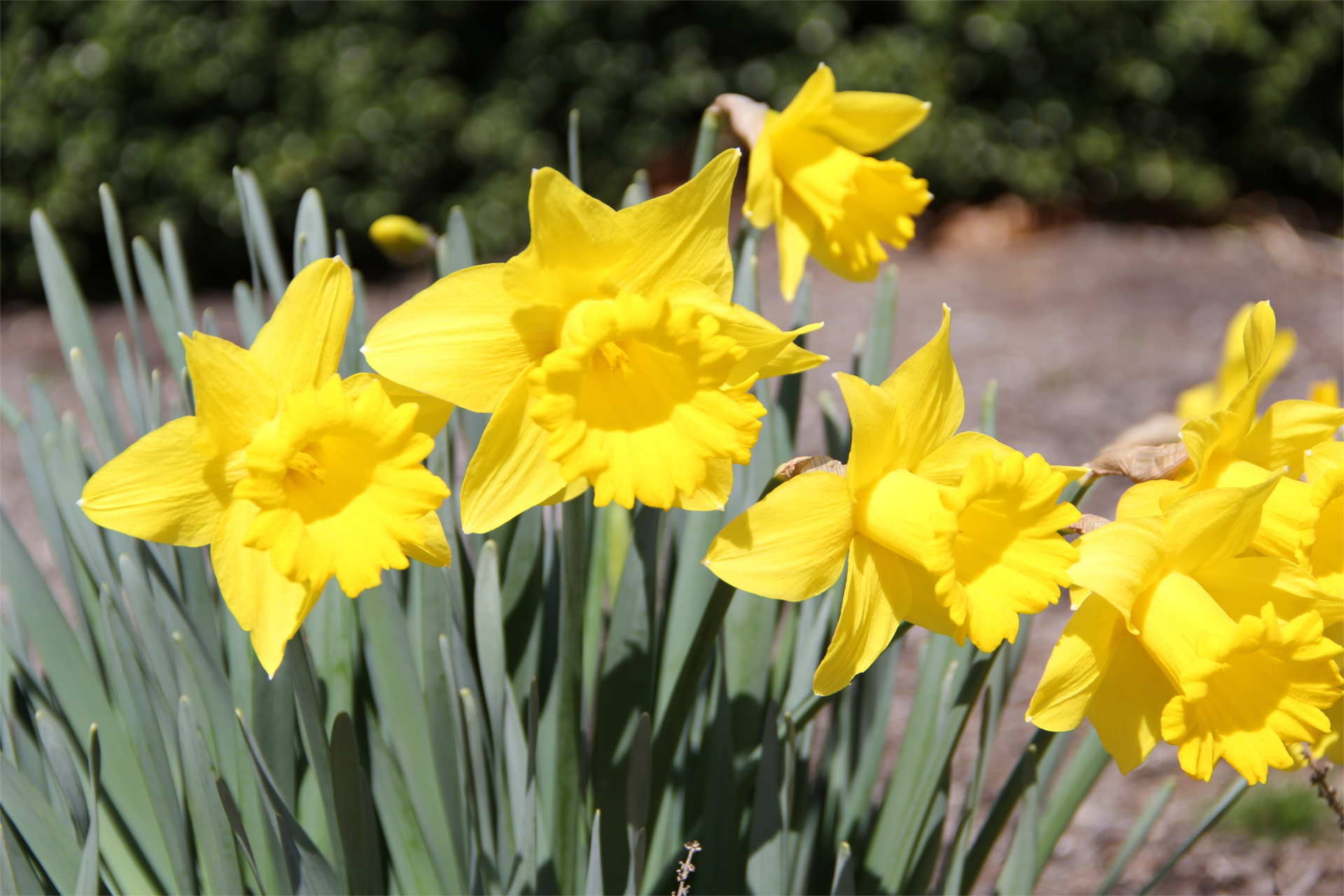 [vc_row fullwidth=”false”][vc_column width=”1/1″][vc_column_text disable_pattern=”true” align=”left” margin_bottom=”0″][mk_dropcaps content=”H” style=”fancy-style”]umans and flowers have co-evolved for thousands of years.  To understand how and why flowers are so important to us, let’s delve into their true nature…

The Dominion of Plants

Scientists have recently estimated that the total number of all species is now approximately 8.7 million, but we have yet to scratch the surface when it comes to discovering other species of plants and animals.   As we rummage deeper into the wild to identify, examine and catalog new species, we do so with the air of superiority that we can and should understand and exercise control over all living things.  Sure, we intend to find other species that are colorful or camouflaged, ugly or cute, scaly or furry, endangered or abundant, but we don’t expect that other species are more intelligent or important than we are.  After all, there is a pecking order in life, right?

It can be argued, however, that despite our God complex and predilection for domination, plants hold primacy over the planet and all animals—including humans.  Plants have time-based seniority over us.  Science tells us that plants predate humans by millions of years.  And even if you subscribe to creationism, you know that Genesis dictates that plants were created on the third day while humans were created on the sixth day of the Creation Week.  In addition to biological seniority, plants arguably outrank us in terms of importance in life’s workplace, the biosphere, because the organisms are nature’s nutrient production and storage facilities.

Plants employ the ingenious process of photosynthesis, which we all learned about in school that creates and sustains life on earth. Indeed, according to a book entitled “Photosynthesis,” by Professors Eugene Rabinowitch and Govindjee (he uses one name), plants are responsible for the “basic process of life,” that:[/vc_column_text][/vc_column][/vc_row][vc_row][vc_column width=”1/1″][mk_blockquote style=”quote-style” font_family=”none” text_size=”18″ align=”left”]creates living matter out of inert inorganic materials, replenishes the reservoir of oxygen in the atmosphere, and stores the energy of sunlight to support the life activities of organisms.[/mk_blockquote][/vc_column][/vc_row][vc_row][vc_column width=”1/1″][vc_column_text disable_pattern=”true” align=”left” margin_bottom=”0″]In essence, plants capture light, create matter and provide the nutrients for animals.  Dr. Janice Stanger, author of “The Perfect Formula Diet,” also explains the process.  Dr. Stanger states on her site that:

[/vc_column_text][/vc_column][/vc_row][vc_row][vc_column width=”1/1″][mk_blockquote style=”quote-style” font_family=”none” text_size=”18″ align=”left”][p]lants are the base of earth’s food chain, using solar energy to fuel nutrient manufacture. These green factories effortlessly put together the complex carbohydrates, fats, proteins, vitamins, and  phytochemicals that animals need to survive and thrive. Plants also absorb minerals from the soil to weave into their own cells.[/mk_blockquote][/vc_column][/vc_row][vc_row][vc_column width=”1/1″][vc_column_text disable_pattern=”true” align=”left” margin_bottom=”0″]Humans are completely dependent on the oxygen and nutrients that originate from plants, while plants don’t rely on us, alone, to exist. This does not mean that plants and animals (including humans) don’t share a symbiotic relationship, because they do.  But, if human beings disappeared, life would continue, while life on Earth would cease to exist without plants.[/vc_column_text][/vc_column][/vc_row][vc_row][vc_column width=”1/1″][vc_column_text disable_pattern=”true” align=”left” margin_bottom=”0″]

The Cultural Significance of Flowering Plants

Ninety-percent of all plant species, more than a quarter-million plants, evolved as “flowering” organisms (or “angiosperms”) with a flamboyant reign in the plant kingdom.  Flowers flourish in a spectacular diversity of sizes, shapes, colors, shades, textures, and scents.  Humans  love floral variety, and cultures around the world have an affinity with flowers.  To most people, flowers represent beauty and love.  Flowers also symbolize fertility, menstruation, purity, and femininity.  We give flowers to express love, gratitude, friendship, and sympathy.  So, naturally, cultures around the world use flowers for every imaginable special occasion, including funerals, graduations, birthdays, holidays, parties, and weddings.

In addition, many cultures have incorporated flowers into spiritual and religious rituals.  In Hinduism, people offer sacred flowers to their deities.  Buddhists give flower offerings to images of Buddha and at places containing Buddhist relics.  Medieval Christians regularly offered flowers to the Virgin Mary, the mother of Jesus Christ.  In fact, for example, the popular Marigold flower means “Mary’s Gold”.

Another way to view the significance of flowers to people is through an economic lens.  Flowers are so valuable to us that the organisms support our economy.  The flower industry is huge!  According to the Census Bureau, there were 16,182 flower establishments in the US in 2010, and there were over $880 million in imports of flowers, in 2011.

And while I would estimate that most people typically spend $40 to $100 for a floral bouquet, many are willing to spend much larger amounts.  In fact, there is a sizable market for “luxury” flowers.  It should boggle the mind that we affix such hefty price tags on cut plants, many of which wither in a few days.  According to a piece on TheRichest.com detailing the world’s most expensive flowers, a single stem of the Saffron Crocus flower can cost of up to $1,500, the Gold of Kinabalu Orchid fetches $6,000 per stem, and the Juliet Rose flower costs more than $15 million.[/vc_column_text][/vc_column][/vc_row][vc_row][vc_column width=”1/1″][vc_column_text disable_pattern=”true” align=”left” margin_bottom=”0″]

Floral Symbolism in the Bible

We can turn to what many view as the greatest book ever written for additional perspective on the significance and true value of flowers.  While flowers are generally viewed favorably in the Bible, the Good Book is also replete with references to the superficial and temporal nature of flowers and beauty.  Let’s consider the following passages of the Bible:[/vc_column_text][/vc_column][/vc_row][vc_row fullwidth=”false”][vc_column width=”1/1″][mk_custom_list icon_color=”#f29305″ margin_bottom=”18″ align=”none” style=”e432″]

[/mk_custom_list][/vc_column][/vc_row][vc_row][vc_column width=”1/1″][vc_column_text disable_pattern=”true” align=”left” margin_bottom=”0″]In these passages, the Bible is cautioning that people are metaphorically like flowers. In essence, people can be beautiful and flourish, but superficial qualities fade and are unimportant.  It is worth noting that Proverbs 31:30 warns that: “charm is deceitful and beauty is vain.”

Flowers and their pollinators have a symbiotic relationship in which flowers provide nectar to the pollinators that, in turn, carry pollen to other flowers for fertilization, however flowers have evolved to be very manipulative.  Scientists have revealed that flowers engage in deception and trickery.

Orchids can be especially manipulative.  According to a February 27, 2013 blog post on CNN, entitled “How Pretty Flowers Deceive Insects,” orchids trick insects in very different ways.  One type of orchid hits a bee over the head with part of the flower, and the dazed and pollen-covered bee goes to recover inside a female orchid.  Another orchid traps bees in a bucket-like part of the flower and the only way out is a portal that covers the bees in pollen.  Yet another type of orchid does not have nectar, but has flowers that resemble milkweed which does have nectar.  The Monarch Butterfly is tricked into thinking there is nectar, and it carries pollen to another flower.

The online green resource “WebEcoist” discusses several ways that flowers cleverly engage in trickery.  For example, the Sundew flower lures insects that believe the flowers have dew drops on them, but the flower’s tentacles are actually covered with a dangerous enzyme that kills bugs so the flower can eat the bugs.  The Western Skunk Cabbage gives off an odor that is similar to that of a skunk in order to attract beetles and flies, while the Stapelia Asterias emits an odor of death and decay that attracts insects that like rotting flesh.  Some types of Passion Flowers have little marks that resemble eggs that are used to prevent butterflies from laying too many eggs on the flowers.

In addition, flowers can even chemically change their floral scents to control how much nectar insects and birds can extract.  An August 28, 2008 article entitled “Floral Scents Trick Pollinators,” by the Royal Society of Chemistry, explains that German researchers discovered that Flowers use:[/vc_column_text][/vc_column][/vc_row][vc_row fullwidth=”false”][vc_column width=”1/1″][mk_blockquote style=”quote-style” font_family=”none” text_size=”18″ align=”left”]“[a] complex bouquet of scents [that] initially attract birds and insects to the flower, but repellent notes stop all the nectar being taken by a single pollinator… .

…both attractant and repellent chemicals were needed by the plants to ‘optimise’ [sic] pollination by insects and hummingbirds – enticing them to the flowers but persuading them to leave enough nectar for other visitors.”[/mk_blockquote][/vc_column][/vc_row][vc_row][vc_column width=”1/1″][vc_column_text disable_pattern=”true” align=”left” margin_bottom=”0″]

Symbols of Love and Happiness

Based on the aforementioned, it may somewhat ironic that we give flowers as a gesture of love—or that we view flowers as objects of purity, virginity and innocence.  In fact, it could be argued that flowers represent sex and lust more than they do love. Heck, the flowering parts of a bouquet are essentially the sexual organs of the plants.  You could say flowers don’t symbolize purity, because in their natural state they are soiled, sperm-coated microorganisms often covered in bacteria and fungi.

In addition, flowers don’t represent virginity well either, as they engage in sexual activity during their perpetual process of pollination.  Not only are flowers sexually active, they are sexual manipulators.

It can also be said that flowers are not good symbols of innocence, because they are figuratively culpable for perpetuating an ongoing fraud in nature.  They are guilty of false advertising, they take advantage of unsuspecting visitors, they impersonate other creatures, and many carry weapons in the form of spikes, thorns, and poisons.

However, most would agree that flowers are the quintessential symbol of beauty.  Flowers are not only captivating to their pollinators, but they are uniquely alluring to us.  For centuries, people have given flowers as gifts because the plants are perfect objects of beauty.  The act of giving is in itself an expression of love, and that is why flowers have come to symbolize love.

In addition, most people are happy to receive gifts.  And when people view something beautiful whether it is an oil painting, the Grand Canyon, or a beautiful sunset, it often changes their mood and makes them feel good.  That is why flowers symbolize happiness.[/vc_column_text][/vc_column][/vc_row][vc_row][vc_column width=”1/1″][vc_column_text disable_pattern=”true” align=”left” margin_bottom=”0″]Indeed, scientific studies demonstrate that flowers change the mood of their recipients.  In her 2005 paper relating to the impact of flowers on human behavior, “An Environmental Approach to Positive Emotion: Flowers,” Professor Jeannette Haviland-Jones, et al, found that flowers have a positive impact on human emotion.  The paper concluded that while there does not appear to be any reward for our costly cultivation of flowers over the last 5,000 years, flowers reward humans by inducing us to experience positive emotions.

The research was based on three studies.  In the first study, researchers found that women who were given a flower displayed a true smile and were in a better mood three days later.  In the second study, men and women were given a flower inside an elevator reacted more positively than from other stimuli.  In the third study, when flowers were given to elderly people they had positive moods and even improved memory.[/vc_column_text][/vc_column][/vc_row][vc_row][vc_column width=”1/1″][vc_column_text disable_pattern=”true” align=”left” margin_bottom=”0″]

Flowers make us smile, they help us console others, mediate problems, and celebrate our most important events. These seedy organisms are like the sunny affable person who always brightens everyone’s day. And flowers have a magical way of bettering our social and romantic prospects.[/vc_column_text][/vc_column][/vc_row]

Get Organized with the Trello Collaboration App

My Renewed Effort to Get Fit and Blog More
This website uses cookies and third party services. OK