Oculto Beer Brand is about Mystery 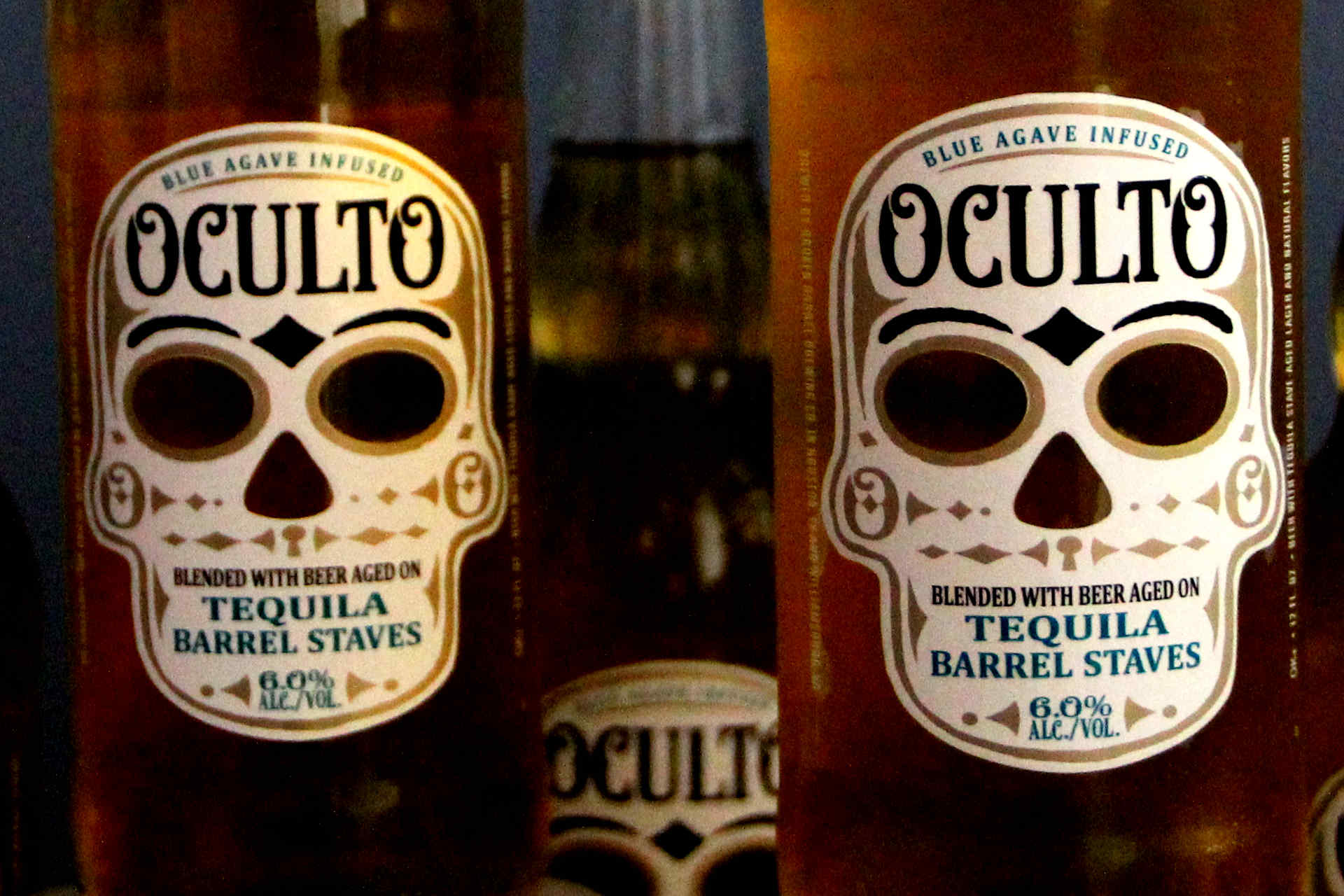 Oculto is a new craft beer brand that might be intriguing to some beer drinkers.

The tequila-flavored beer is made by Anheuser-Busch, and the bottle sports an edgy label that’s unique and memorable.

Its label has a white skull, transparent lettering stretched across the skull’s forehead, two piercing eyes that become more striking when the bottle is cold, and a diamond symbol that’s between the skull’s arched eyebrows.

While Oculto is tequila flavored it does not actually contain tequila. The beer is made with blue agave, and the tequila flavor comes from the beer having been aged with tequila barrels staves.

You may have already heard about Oculto back in early November 2014; there were several news stories about the beer coming to the market.

Anheuser-Bush actually rolled out the beer nationwide earlier this month, and on March 25, 2015 the networking group Brightest Young Things held a launch party for Oculto beer at the POV lounge at the W Hotel in Washington, DC.

So, it’s definitely “new” to the market.

The name of the beer, the skull imagery, and the marketing approach of the beer are all part of an apparent effort to define the craft brand as enticingly enigmatic.

In fact, in its Friday, March 13, 2015 press release about Oculto’s nationwide launch, Jorn Socquet, a vice president of marketing for Anheuser-Busch, stated that Oculto “revolves around mystery and intrigue.”

“Oculto means ‘hidden’ or ‘waiting to be found’ in Spanish. Bringing the brand to life right out of the gate, Oculto launched on Friday the 13th to emphasize unparalleled positioning that will carry over to all consumer engagement moments…”

Anheuser-Busch even had a mysterious message relating to secrets that would unfold later this year.

“In 2015, the secrets of Oculto will be revealed—and consumers will be inspired to share secrets of their own.”

In addition, Oculto is really working the secrets angle on its Twitter page.

For example, Oculto’s twitter page tells viewers to “put on the mask” and “let the secrets begin,” and they use hashtag “Make Secrets” (#MakeSecrets).

Nevertheless, wife and I recently tried the beer. I really like how it tastes. I like the citrus notes, and there’s only a hint of the tequila flavor.