Uber Rides in a Hybrid Supercar 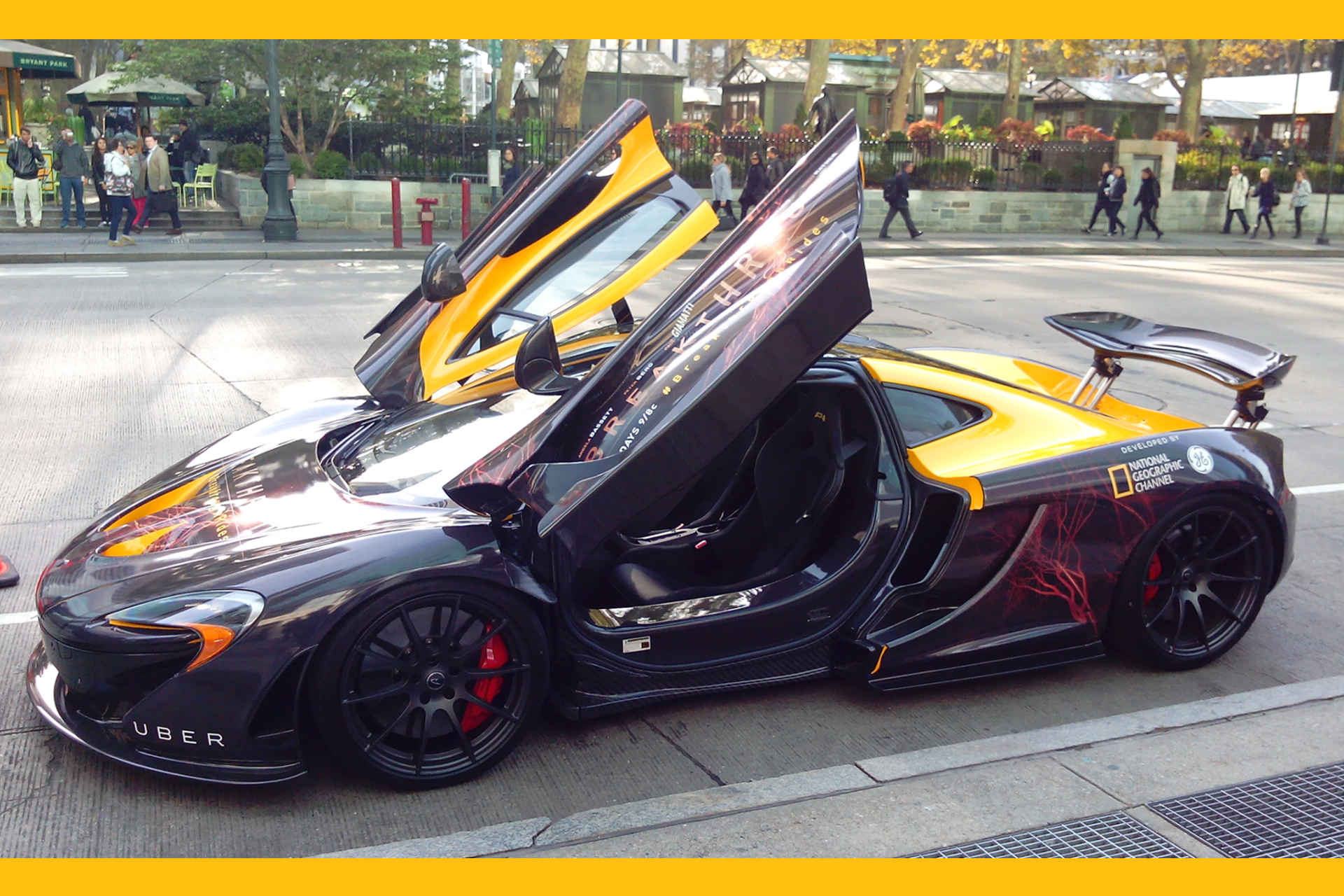 The National Geographic Channel has a new television show that focuses on scientific and technological innovation. The show, Breakthrough, premiered on Sunday, November 1, 2015, at 9:00 p.m. ET.

As part of an effort to promote the new show, National Geographic partnered with ride-sharing company Uber to offer free rides from a special fleet of vehicles that included a rare and exotic sports car, the McClaren P1.

The promotion was limited to Manhattan and ended last week (the promotion ran from October 27-30, 2015, from 12:00 p.m. to 7:00 p.m.) so you won’t be able to request a P1 ride through Uber now. I should note that folks could learn about the opportunity by following #BreakthroughRides on social media.

My wife and I were in New York last week. While walking around in Manhattan, I spotted the beautiful McLaren P1 right across from Bryant Part.

I snapped a photo (above) of the hybrid supercar—as well as the photo of the promotional SUV, below.

Needless to say, the hybrid supercar was an amazing spectacle. Someone with the promotional team explained that people could use the Uber app (using the promotional code “Breakthrough”) for a chance to receive a ride in the McLaren P1.

According to McLaren’s website, the McLaren P1 is a limited production vehicle (350 sold), and it’s “the first hybrid supercar in the world.”

While I missed the premiere, I am excited about the series.

Yards Park is a Spectacular Hangout Spot
Yesterday, my wife and I had lunch at Yards Park in the Capitol Riverfront neighborhood of Southeast Washington, DC. Yards Park is a spectacular part ...
This site uses affiliate links. If you click such a link and make a purchase, Suavington may be paid a commission.