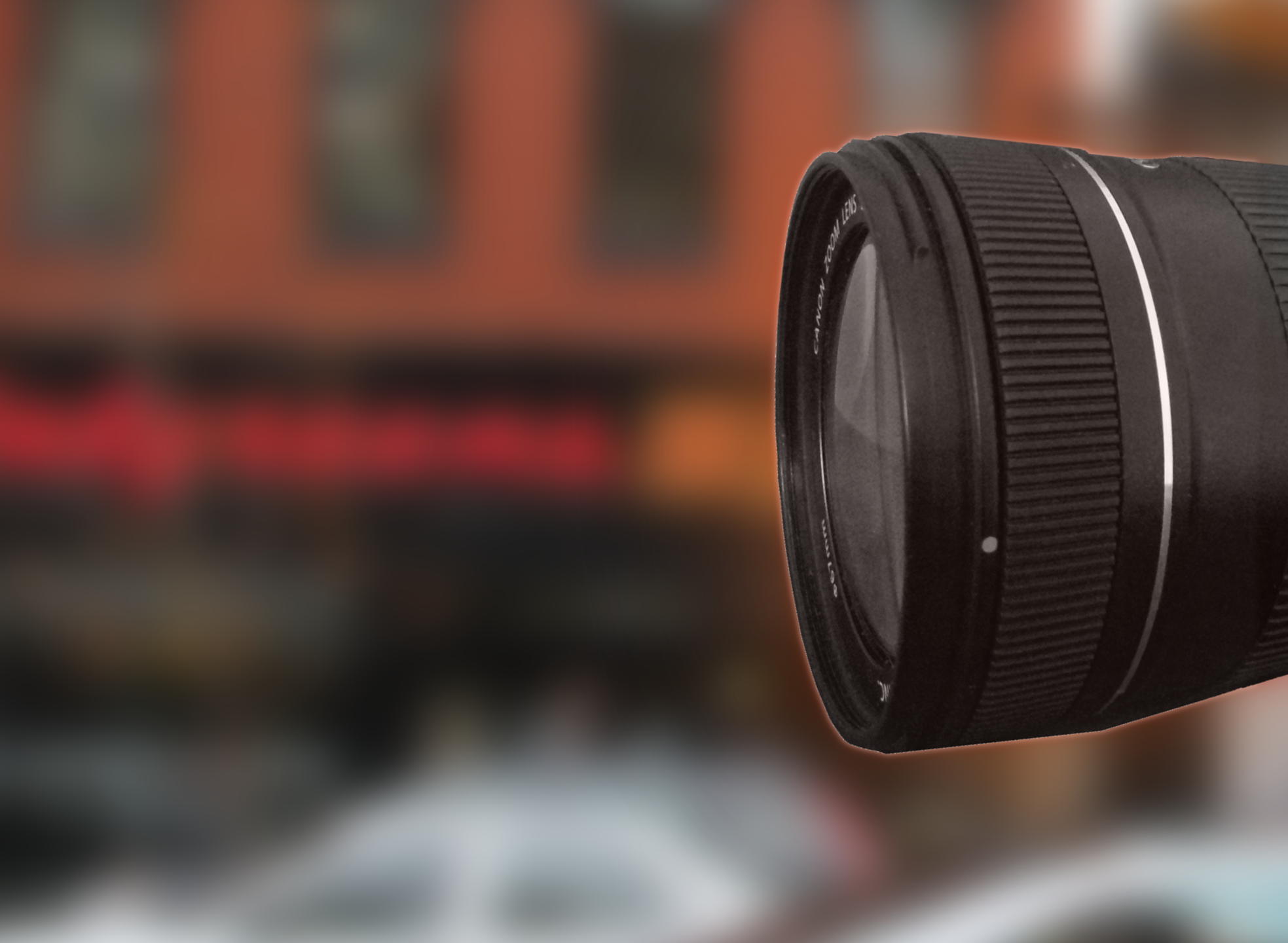 I recently poked around on the web for information relating to emerging social apps and niche networks, and I stumbled across a couple of pieces on the web about new social networks for filmmakers.

NoFilmSchool.com, a site I really like, recently wrote a thorough review about the upcoming Creative District network, and FilmmakerMagazine.com, another good site, published an interesting interview with the founder of Working Indie.com.

I’m always interested in learning about new social platforms and tools, and I’m also an indie movie fan who is also interested in getting into filmmaking and working in the industry.

Naturally, the pieces about Creative District and Working Indie piqued my interest, so I checked out those two filmmaking sites. I signed up at Creative District, and then I checked out a video on Working Indie that provides a pre-beta launch overview of the site. In any event, all of this sparked my curiosity about other networking communities on the web focusing on film, videos, and the indie cinema scene.

So, I rummaged around the web a bit more and found several other online social networks relating to filmmaking.

And that, my friends, is what led to the following list of social networks for filmmakers, industry professionals, and film enthusiasts.

CreativeDistrict.com is owned by Technicolor Creative Services USA, Inc. The site is a social network and a marketplace for film and media makers. It’s a venue for filmmakers to showcase their work, and a place to find gigs or support for a film project. Prospective members can sign up via email or by Facebook. The site is currently offering $5,000 every month for projects, which can be at any stage of development.

According to WorkingIndie.com, the site is “a new, budding community for independent film professionals.” The site is currently in a “coming soon” mode and needs beta testers. WorkingIndie.com offers those who are interested in the upcoming network an opportunity to submit their email to receive notification about the launch.

Stage32.com was founded by Richard Botto, and the site is both a social network and an educational venue for professionals in film, theater, and television. It is currently free to join the website, and prospective members can register by using their email or they can sign up via Facebook. According to Stage 32’s website, Yahoo stated that “Stage 32 is Facebook meets LinkedIn for film, television and theater creative.”

Cinely.com, founded by David Litwin, is a social network and directory for connecting filmmakers and productions companies. The site provides two main ways for filmmakers and content makers to make connections. Filmmakers can register for membership by email, but membership is by invitation only. Content makers can request assistance by submitting information about their projects or requirements. According to Cinely, the site has “thousands of filmmakers in over 90 countries.”

Film Skillet is an online community for independent filmmakers and film enthusiasts. The site FilmSkillet.com provides indie filmmakers a place to showcase their films. Filmmakers and enthusiasts can sign up for free using either their Facebook, Twitter, or LinkedIn accounts to register. The site has a contest section, and users can currently vote on their favorite films. While anyone can upload a qualifying film, only certain films are selected to be featured. The site’s membership directory allows users to search for members by name, place, and occupation.

The social network ShootingPeople.com was founded by Jess Search and Cath Le Couteur. Prospective members are required to pay for a subscription to join the network. According to their website, the social network has 38,000 members. The site offers paid membership. Members can collaborate with other film professionals, search for job opportunities, and crowdfund their work.

The site Filmkin is a social networking venue for filmmakers and vendors. Filmkin.com was “created by Scott Wenger of Team Wenger Inc. and Solar Light Films.” It’s free to join the network, and users can choose to sign up as either a filmmaker or a vendor.

The website After-Set.com is a private network for people who work in the film industry. The site is apparently in beta mode. The social network is reserved for people who are actively involved in cinema. Those who are actively involved in the cinematic arts can freely apply, but the site indicates that it may be switching to an invitation-only membership.

The Filmmakers Social Network is for filmmakers, directors, and producers to connect. Users of the site can register by signing up with an email address. The social network offers monthly contests and prizes, and its member directory shows that at the time of this writing the site has 601 members.

FilmNet.com is a place for experiencing various types of unique content, such as film, animation, web series, and music. It provides a place for fans to socialize, and a venue for artistic professionals to connect with their audiences. Users can register on the site using an email account, and they can select their desired type of membership account (i.e., actor, animator, comedian, company, director, fan, film festival, film school, musician, student, or website). FilmNet.com’s membership page indicates the site has 9,144 members.

The Open Film network offers filmmakers a place to get exposure, distribution, and funding for their films. Openfilm.com offers membership for both filmmakers and film fans. The site allows members to participate in a short film contest known as the “The Openfilm Get It Made competition,” which allows member contestants an opportunity to win a cash prize and a financing contract. Openfilm.com also provides its members access to information about upcoming domestic and international film festivals. Prospective members can sign up with email for a free account, but the site also offers a “Plus” and “Pro” as well as other paid accounts. The site also offers revenue sharing on original film submissions.

FilmCommunity.com is a worldwide network of film professionals and film festivals from over 230 countries. The “global platform” has over 2,000 film festivals in its network. You can sign up using email, and then after your account is established you have an option of logging in via Facebook, Twitter, Google, or LinkedIn.

The Filmmakers Network is the social networking component of StudentFilmakers.com, which in an online resource for students of film. The social network, located at networking.studentfilmmakers.com, is a place to “connect and share with filmmakers around the world.” Users sign up for free using email, and they can login using their Facebook account. In addition to its events and directory sections, the site also contains a marketplace area.

FilmBreak.com, which was founded by Darren Marble and Taylor McPartland, connects indie film fans with Filmmakers. The site, which is currently in beta mode, allows users to explore films and browse or search member profiles, and members can create film projects. Prospective members can sign up for free using email and sign in using Facebook. Filmbreak.com also offers its “CrowdfundX Service” to filmmakers who need help implementing a crowdfunding campaign.

IndieProducer.net dubs itself as “Hollywood’s premiere networking site,” where “filmmakers come to connect, collaborate and create on their scripts, short films & projects.” The site is also a place for actors, producers, writers, editor, directors, or any other professionals in the film industry. You can create an account with an email account or by signing up through Facebook, Twitter, Google, Yahoo, or LinkedIn.

The New York Film Exposure Network (NYFEN) is a community that provides offers networking and film screenings opportunities for its independent filmmakers. Fees are required to become a member, and membership has to be approved by NYFEN. According to its membership page, “NYFEN currently has 1750+ filmmakers and performing artists within the NYFEN social network.”

Vimazing is also in “coming soon” mode, but it appears the site will be more focused on videographers. Indeed, according to its Facebook fan page, “Vimazing is the first video sharing community for the best videographers, DSLR shooters, film editors and video lovers.” At the time of this writing, Vimazing.com indicates that “[t]he first 1000 members who upload their video get PRO account for six months for FREE!” The site also offers users the ability to submit their email in order to receive notification about the site.

MoviePals.com refers to itself as “the social filmmaking network.” According to the site, members can “manage productions, pitch ideas and cast actors, take challenges and add galleries to showcase your talent.” Members can browse and connect with others by within the major subject matter areas of acting, animation, audio, directing, editing, and screenwriting.)

The site SpidVid.com is an online talent network that was founded by Jeremy Campbell. Prospective members can sign up for free using an email account to get a SpidVid profile. SpidVid is a social network for video project collaboration. It’s sort of social marketplace where people working on a video project can find a wide range of film and video professionals and assemble a “dream team” for the project.

Media Halo is a social network for professionals in film and television production. Users can create a free account by signing up with an email address. In addition to the social community, mediahalo.com publishes articles, tutorials and reviews of equipment. The site also contains a section that lists jobs/gigs for videographers, editors, actors, and crew.

This is a social network for independent filmmakers, actors, and screenwriters in Chicago. At the time of this writing, WindieCity.com has a message indicating that the site is being redesigned. The site says users will be able to create a profile, start a project, and find resources. The site does not offer member registration at this time, but users can subscribe to a mailing list.

PostProductionPro.com is a community for professionals who do post-production work in the film and television industries to connect. The site allows members to post job opportunities, and post production professionals can seek opportunities to work on upcoming projects. Users can sign up via email or create a new account using Google or Yahoo. Members can join groups, create blog posts, find events, and post their own videos.

According to Realisor.com, it’s “an umbrella social network for the professional European documentary film business.” The site, which is “a network for existing platforms,” provides education and training for the European documentary film industry. Prospective members can register on the site using email. Membership is primarily for film professional in the European market, but non-European film professionals can join but they currently cannot become premium members.

SeedandSpark.com is an online community for independent filmmaking. It’s for discovering, watching, following, and even funding independent films via crowd funding. Prospective members can sign up for free using Facebook or they can create an account with email.

The Smalls is an online community for independent filmmakers as well as artists and content creators. The site is a place for members to “showcase [their] work, connect with filmmakers and pitch for commercial opportunities.” At the time of this writing, the site indicates that it has “over 9,000 members.” Users can get started on The Smalls by either uploading a film or by signing up for a membership. There are 3 membership types. The “Basic” membership (free) and the “Pro” account (40 pounds per year) are for filmmakers. Brands, agencies, and others can inquire about the “Smalls Patron” membership.

This site uses affiliate links. If you click such a link and make a purchase, Suavington may be paid a commission.