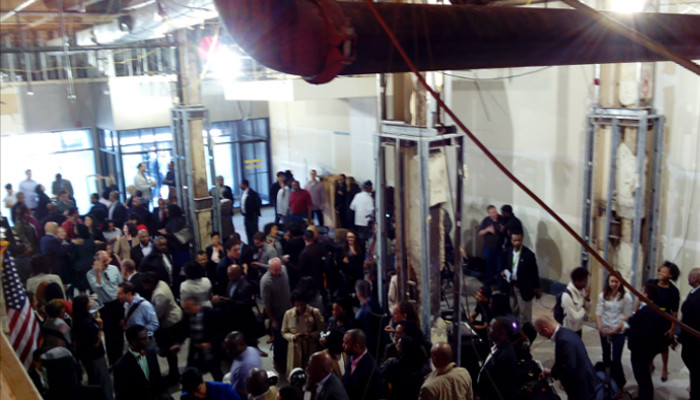 Today, the District of Columbia held a groundbreaking event for its new Inclusive Innovation Incubator that will be located on Howard University’s campus.

The incubator, scheduled to open in Fall 2016, will be a venture capital hub that will promote technology and innovation opportunities for underrepresented businesses in the District.

The new, first-of-its-kind hub was made possible due to a partnership between the District and Howard University that was announced a year ago. According to the March 11, 2015 press release from the Office of the Mayor, the effort was designed “to establish DC’s first Technology and Innovation Hub which will expand the District’s growing technology and innovation ecosystem.”

As the Mayor’s announcement explained, the arrangement “will focus on leveraging University resources for venture capital firms to support medium to late-stage technology and innovation startups.” The March 11th press release noted that the city would make an investment to the university while the latter would provide the office space for the hub.

“The District contributed nearly $1 million in grant funds to construct over 8,000 square feet of cutting edge workspace within Howard’s Wonder Plaza retail center in the 2300 block of Georgia Avenue.”

Today’s groundbreaking event was held on Howard University’s campus at the site of the future incubator. The storefront space is currently unfinished, very spacious, and includes a loft area that can be accessed from front and rear staircases.

Brian Kenner, Deputy Mayor for Planning and Economic Development, kicked off the event. Mayor Bowser spoke about how Washington, DC is uniquely positioned to be an excellent hub for inclusive innovation and technology.

As shown in the photo, above, the event was well attended. The photo was taken from the loft.

Check out the other half of the space, below.

It is important to note that the innovation hub will be multidimensional. The hub will be a place for, among other things, training, mentoring, services, events, and co-working space.

Yards Park is a Spectacular Hangout Spot
Yesterday, my wife and I had lunch at Yards Park in the Capitol Riverfront neighborhood of Southeast Washington, DC. Yards Park is a spectacular part ...
This site uses affiliate links. If you click such a link and make a purchase, Suavington may be paid a commission.